The Jiu-Jitsu vocabulary is probably the vastest one out there when it comes to a martial art or a combat sport. Just think about it – there is no one language that we universally use in BJJ, apart from looking at Jiu-Jitsu as a language of its own. This mix of languages means we encounter all kinds of terms. Internationally speaking, we mostly use Portuguese, Japanese and English terms when training BJJ. Of course, at every location around the world, local phrases and terms make it to training as well. Out of the three most recognizable Jiu-Jitsu languages, BJJ Japanese terms are the least understandable for most people outside of Japan. Let’s try and figure some of the most common ones out.

Some of the BJJ Japanese terms we use in BJJ are known by literally everyone that trains, and are used daily. Others might not be so prevalent, but they still surface her and there. Of course, John Danaher and his fascination with the traditional terms of BJJ also changed how we perceive BJJ Japanese terms. The modern-day Jiu-Jitsu vocabulary actually contains quite a lot more Japanese words than it originally did. Or we just like to throw them around more, who knows, the bottom line is that it would be cool if we could all understand what some terms mean. We do have more than enough stuff to remember in BJJ anyway.

The Jiu-Jitsu vocabulary is a very interesting thing when you come to think of it. First of all, you got the crazy blend of words that we use to explain things. For example, say you do an Uchi Mata and go for back control to finish with a Mata Leao. Japanese, English, and Portuguese terms in one sentence. There’s hardly any other area of life where you would use those three in a similar fashion outside of grappling. 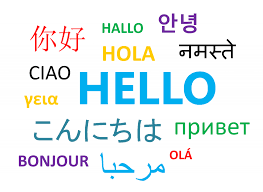 Moreover, there are terms and phrases that might make absolutely no sense to outsiders. In fact, some of them don’t make much sense to people involved in BJJ either. In any case, BJJ phrases, terms in different languages, and all the wacky names folks use to describe any innovative move they come up with give us the art we love to train. As such, we can’t hope to know every possible term or everyone’s vocabulary. However, we can focus on understanding, or at least having a working knowledge of the most common BJJ Japanese terms, Portuguese phrases, and English and/or local stuff that’s thrown in there.

Let’s be real though, there’s no way of really learning everything the international Jiu-Jitsu vocabulary contains. As Danaher demonstrated, some gyms might decide to focus a lot on the more traditional terms, using words we’ve never heard before. That is not just because of nostalgic reasons. It gives them an edge in a competition where very few people can understand what a coach is yelling. Of course, you could go about creating your own system of words and phrases too, if you have the time and are willing to put in the effort. Regardless you still have to know what everyone else is talking about, so strap in and start learning bits and pieces so Japanese and Portuguese.

Common BJJ Japanese Terms range between the stuff we use daily (although mostly wrong, at least in terms of how the Japanese use them), and things that end up with us making dumb stricken faces due to the inability to even try and utter them back ourselves, let alone know what they refer to. The Jiu-Jitsu vocabulary will keep changing as BJJ grows, but some of the traditional Japanese terms are here to stay. The most common ones, you’re likely to hear in any BJJ gym around the world are as follows:

In different parts of the world, different terms are used for the clothes we wear to training BJJ. In most cases, people say Gi, which refers to “Do-Gi” or “keikogi” in Japanese. This term is pretty precise, describing gym clothes, or training clothes. The word “Kimono”, on the other hand, only refers to clothing in general. However, in some countries, like Brazil, people use it to describe Gis that we train BJJ in.

Arguably, the most used term in any type of martial art, with BJJ leading the way. “Oss” is something thrown around everywhere, and people just say it on any occasion. That’s somewhat correct as Oss doesn’t have a single meaning in Japanese. It is an abbreviation or slang from “Onegai Shimasu” which means let’s practice. 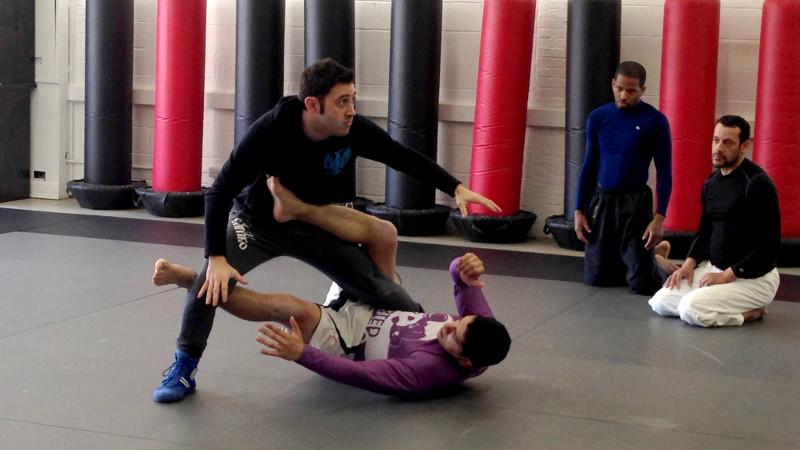 Uke is the common BJJ Japanese term for the person helping the instructor in the demonstration. It extends further than that though, as it means “the one who receives” and as such, refers to one of the training partners every time we train.

I guess there’s no real need to explain this since it is mainstream BJJ by now. However, this phrase was completely unknown in the Jiu-Jitsu vocabulary until a few years ago. In Judo, Ashi Garami means leg entanglement. It means the very same thing in BJJ, but we took it further, creating a bunch of positions no other martial arts have. Conversely, we now refer to them as different Ashi Garamis and there’s usually an English word to help further explain them.

Another one that’s quite known lately, mostly because of Ashi Garami and leg locks.  The Kani Basami is a move that has been banned in both Judo and most BJJ tournaments, so it is no wonder that it wasn’t mainstream knowledge. However, with the rise of pro tournaments and other rulesets like the ADCC, the Kani Basasmi or “Scissor takedown” is becoming a phrase we hear more often in Jiu-Jitsu.

“Sankaku” means “triangle” in Japanese. When it comes to the triangle choke, in judo they use the term “Sankaku Jime” and mostly for the rear triangle.  It is one of the now common BJJ Japanese Terms popularized by John Danaher.

The Juji Gatame is the original name for the straight armbar submission. Once again, it is a term used in Judo to this day. Hence, it is not uncommon for instructors with a Judo background to refer to armbars in this manner, mostly out of habit.

It is one of the original Judo throws, developed by Judo Founder Dr. Jigoro Kano. AS a technique, it involves you going on your back, pulling the opponent over you, and throwing them over your head as you roll. ”Sumi Gaeshi” translates to “corner throw”. It is also often referred to as a “sacrifice throw”.

This is a term you’ll hear in the modern jiu-jitsu vocabulary once again as a result of the nomenclature employed by John Danaher. It refers to the cross choke, which his yet another old Judo move that we have taken to new highs in BJJ.

Speaking of Danaher, he also popularized the use of hierarchy titles inside the gym, although this hasn’t really caught on worldwide. Still, with the increased use of these terms, it is good to know what they mean. Sempai is a Japanese term that describes the more experienced students in the gym or better said senior ones.

Along the same lines, Kohai is also used to describe students, but this time, the junior, or less experienced ones. It is also a term that could describe beginners.

This one is pretty much clear – a sensei is an instructor or teacher. In BJJ, though, the term professor is still a much more used one, than the Japanese version. 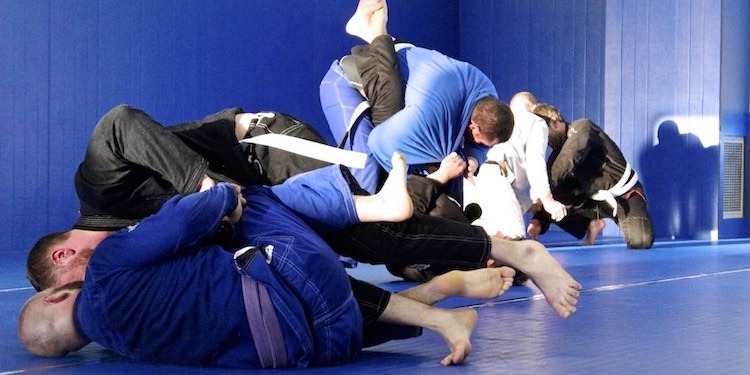 I’ve heard this term in several different gyms I’ve visited, and with a background in Japanese martial arts, it is nothing new to me. Despite most people referring to BJJ sparring as “rolling” sometimes the traditional “Randori” is also used, meaning “free training” or simply “sparring”.

As far as BJJ Japanese terms go, this is one everyone has to know. Despite people sometimes saying Judo scarf hold, or just scarf hold, Kesa Gatame is the universally used term. It refers to a side control variation, one very common in Judo.

A signature throw of Judo, one that’s extremely effective but also quite difficult to master. “Uchi Mata” means “inner-thigh reaping throw”, and refers to a forward throw that heavily involves the use of your legs.

Kata Gatame originally refers to a position in Judo (shoulder pin). However, when it comes to BJJ Japanese terms, we mostly use it to describe arm triangle chokes (arm triangle, Darce, anaconda, etc.)

In Japanese, Kumite translates to “grappling hands”. It originally emerged as part of Karate, where it involved free fighting, and is mostly used in that sense nowadays. Kumite is perceived as a free-fight match, and there is even a BJJ tournament with that name.

Seoi on its own means to “carry on the shoulder” while “nage” means throw. Conversely, the term Seoi Nage refers to shoulder throws that are used in Judo. Most of them are highly transferrable and effective for BJJ as well, which is why this term regularly finds its way into the Jiu-Jitsu vocabulary.

Probably the most utilized of all BJJ Japanese terms. I doubt anyone doesn’t know the translation, but just in case, “tatami“ means “mats”. It comes from the verb “tatami” which means “to fold” or “to pile”. They were originally made from rice straw and a woven soft rush.

“Ukemi” is a Japanese term that describes break falls. Other words usually come before it, describing the direction and type of fall, but they all fall under the category of break falls.

There’s no real way of including all BJJ Japanese phrases in one article and hoping we’ve missed none. The above are just examples of what I’ve seen and heard begin used in and around BJJ gyms across the world. One thing is for sure, the Jiu-Jitsu vocabulary will keep on growing, and we’ll need to constantly learn new terms and phrases. For now, though, we got you covered with our selection of the most common Japanese ones.

How To Get Good At BJJ: Don’t Do These 8 Things!

The Difference Between Japanese (traditional) Jiu-Jitsu And BJJ 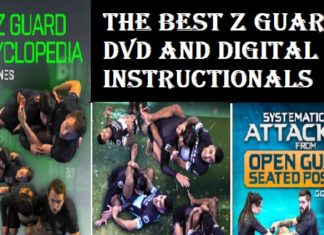 0
The Z Guard or knee shield as some know it is one of the most utilized guards in Brazilian Jiu-Jitsu. It is a variation...