Just like any other sport, BJJ is prone to certain streams of thought and inside “movements”. While they might not be movements per se, they’re certainly trends. Sometimes, these trends tend to develop into mainstays, redefining the world of Jiu-Jitsu. On other occasions, they come and go, sometimes making a boom and sometimes completely unnoticed. One of those trends that recently got worldwide grappling attention is the concept of everyday porrada. What exactly does this mean, and why is it such a big deal lately? Let’s look at some of the facts behind yet another fun and probably completely unnecessary BJJ trend.

Whether you choose to ignore or accept it, everyday porrada is a term most people involved in BJJ have heard at one point or another during the past year. It is another one in the line of stuff that seems to spread like wildfire. One such example is the Shaka hand gesture, which every grappler is guilty of doing at least once. It is one of the trends that stuck and seems to be here to stay. Another one is belt whipping during promotions, albeit highly controversial and, today, condemned by most. Other BJJ trends never really caught on, regardless if they were gestures, competition format attempts or just everyday phrases that get a hashtag. So far, everyday porrada got worldwide exposure thanks to social media. But is it here to stay? Will it influence the grappling world deeply? Only time will tell. 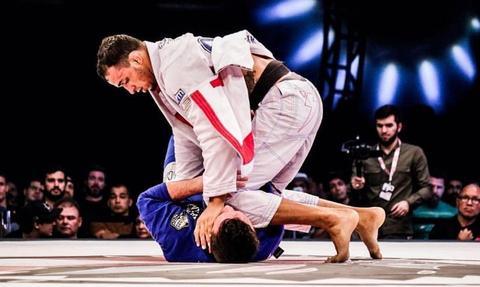 The man behind the everyday porrada movement is no other than Romulo Barral. He is into the man that came up with it but is the one that gave it a BJJ perspective. the thing to understand is that for Romulo, everyday porrada is a way of life. it stems from the Brazilian concept of porrada, which many BJJ academies implement. To English speaking grapplers, though, the phrase was largely unknown until 2018. To be more precise, until May 5, 2018.

The way everyday porrada escaped Brazil and gained worldwide notoriety is because of the AC BJJ Invitational event. They organized a matchup between Romulo and AJ Souza, which ended up being a barn burner. After the match, Robert Drysdale, who was interviewing Barral, asked him about his amazing performance. That’s the first time Romulo dropped the everyday porrada phrase. “The secret is to train hard every day. Everyday Porrada and nothing else!“ – Romulo told Drysdale. That was all it took for the phrase to spread like wildfire. Well, that and the fact that it was now clear what many Brazilian top competitors have been using as a hashtag for years.

Porrada is actually an everyday term in Brazil. Loosely translated, it means “brawling”. In terms of Jiu-Jitsu, it has to do with the intensity with which a match or a roll takes place. Porrada is a common term in BJJ in Brazil and has to do with training all out whenever you step on the mats. it is a phrase that motivates grapplers to grind hard every day and giving their all. Imagine an academy full of killer competitors. They go at it as hard as possible, never taking a round off, nothing but high-intensity Jiu-Jitsu. It’s a world champion molding experience for sure! However, Romulo’s modern take on it is slightly different.

Everyday porrada means taking the porrada mindset and applying it to every aspect of your life. In this sense, the “movement” or trend is a positive one and is aimed at BJJ as a lifestyle. it is about living the “modern Samurai” way and improving the quality of your life through Jiu-Jitsu principles. Basically, it means stop complaining and start doing more of what you want.

Many of the world famous BJJ academies that are real champion factories subscribe to the everyday porrada way of thinking. to them, it certainly is a way of life, as opposed to only the latest BJJ trendy movement. Some of those academies include Alliance, Checkmate, Unity, etc. Big-name competitors include the likes of Fabricio Werdum, Cobrinha, Fabio Gurgel, and plenty of others. The trouble with it, though, is that using it without living it really offends those who swear by it. Like Renzo Gracie for example.

Renzo had his take on the subject as well. He is the man that is behind the “Nutella BJJ” phrase, which is the complete opposite of everyday porrada. Vagner Rocha, who is one of the top competitors, and a real testament to porrada training was actually the first accused of Nutella BJJ. The accuser is no other than Renzo Gracie, one of the true everyday porrada OGs. 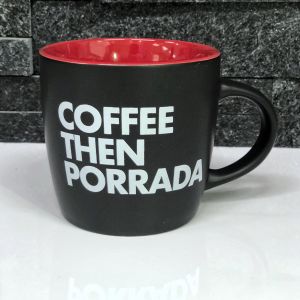 While warming up for ADCC, Rocha asked Enrico Cocco to help him warm up by flow rolling. The flow roll made Renzo react in true Gracie fashion, asking what they were doing? After Rocha’s initial response that it’s a warmup, Renzo angrily walked away claiming he is not a fan of Nutella Jiu-Jitsu. Later on, he explained that Nutella is fake chocolate and he doesn’t like it. The analogy was that Rocha’s way fo training, even as a warm-up, was unacceptable. According to Renzo the roots of Jiu-Jitsu are in porrada, or the real chocolate, in his Nutella analogy.

Later on, Renzo’s Nutella BJJ term ended up as the complete opposite of everyday porrada. today, the BJJ community likes to throw “everyday porrada” around, but very few truly live the lifestyle. This causes all those that have grown up and live in the porrada manner to label them as Nutella BJJ practitioners. What a fun time to be a part of the Gentle Art, isn’t it? talk about first world problems… 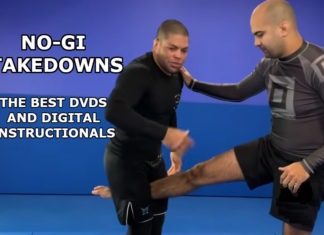 BJJ World - February 19, 2021 0
Takedowns are a challenging part of BJJ, if not the most challenging. And, No-Gi takedowns are even more demanding. Of course, in BJJ terms,...