Ladies and gentlemen, the closed guard is definitely making a triumphant return to the top of JIu-Jitsu! The position that was among the most important ones which gave BJJ worldwide fame, is now coming back. We did shun it for a little while there, in favor of exploring different directions. While that’s all fine the closed guard was always there, waiting deep in the foundations of Jiu-JItsu. However, it is not the old-school closed guard that’s becoming increasingly popular nowadays. It is the modern little variations and changes that elevate this core position to new heights. Thee ‘Black Magic Closed Guard” Dan Covel DVD is one example of this. In fact, it is probably the best one available at the moment!

As someone who spends all of my white belt days in the closed guard, I really am stoked to see it coming back. IN all honesty it never really left, but people did forget about using it. Not that it is not effective, it is just that different aspects of grappling came to the forefront. Well, now it is time to get back to the closed guard, albeit from a very different perspective. If you’re looking for the ultimate mind trick formula from the bottom, this Dan Covel DVD is tailor-made for you. In this instructional, you’ll learn the dark art of the closed guard and transform your bottom game in an instant. The Black Magic Closed guard instructional is a real piece of work and I doubt anyone is going to produce a similar piece of BJJ instructional.

The Return Of The Closed Guard

When something works in BJJ, it works. We saw that with the open guard, with the crazy inversions like Beribolos and baby bolos, and of course, as of late, with leg locks. When you find that winning formula you stick with it and bring home championships. Well, now it is time to take a look back, sort of speak, in order to get ahead of the competition. The closed guard is coming back and people will get right back on that horse in the near future. That said, if you like to have an upper hand, you need to be the first one to start using it. 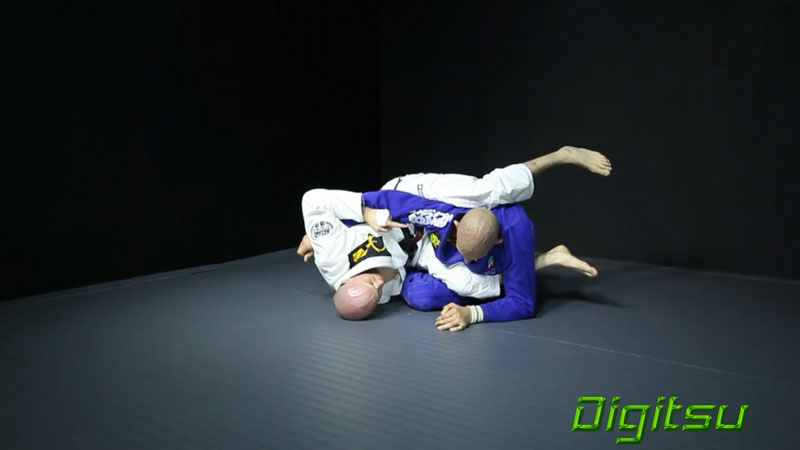 The basic idea of any position that comes back to Jiu-Jitsu after a while si that it has become better. Well, If this Dan Covel DVD is anything to judge by, the closed guard has gotten crazy good. Black Magic Closed guard is exactly what you get with this one, thanks to one of the best black belts around. Dan Covel is not just a renowned BJJ black belt for more than 15 years now, but also a Judo black belt as well. That’s as rich a grappling pedigree as you can hope to find. The lightweight trains at Marcelo’s and is renowned for having one of the weirdest and most effective guard games ever! It is literally voodoo magic when you go up against this guy. And now, all of his information is available directly from the source.

Black magic Closed guard is a Gi instructional that offers a whole new way of looking at the BJJ closed guard. While the name is more than enticing, do not expect crazy stuff here – just proven, effective techniques. However, the way they’re all laid out in this Dan Covel DVD is definitely different than most. This is what makes it so special. You get to learn stuff like armbars, triangles, and Kimuras, only from a different angle. In fact, this type of closed guard is actually the most effective submission position in BJJ. In other words, the moment you start attacking, you’ll be changing attacks until you get an inevitable tap. True magic!

One thing that really makes this Dan Covel DVD stand out is his take on positioning and the “invisible JIu-JItsu”. Covel covers gripping, ways to control and break posture and angles as his main weapons, rather than straight-up submissions. This makes all of his attacks immensely effective and much easier to set up and finish. The DVD has 21 chapter s in total, and they all cover a wide variety of armlocks as the main submission. However, dispersed among the many armbars are chokes, transitions, pass counters and other voodoo stuff that’ll catch everyone off guard.

Personally, I really enjoyed this DVD even though I’m not much of a closed guard player. Well, not at the moment, really, However, with all the new instructionals coming out on the subject, it is great to get an upper hand. It was the title that drew me to check this one out but then, I couldn’t let it go. This review is my way of trying to give something back to Dan, who really has a masterpiece in the “Black Magic Closed Guard” instructional

The first half of this Dan Covel DVD is an introduction to the real “dark stuff”  that comes later. Not that these are any less effective./ As I said, it is all about how you angle yourself, how you grip and how you break the posture. This is all covered at length in the intro of the Black Magic Closed Guard instructional. A few core drills follow suite, making sure you get the essentials down before you get to learn the voodoo stuff. That said, try and do these drills every time you’re on the mats for maximum results.

In terms of specific techniques and concepts, it all starts with the basic closed guard armbar. Only this time, it is not so basic. Once you get to the armbar position, the game changes completely. Instead of only attacking a closed guard armbar you open up a bunch of great follow-ups too. They come in the form of inverted armlocks, secondary armlocks, and even armlocks that work against counters like stacks. The best one hs to be the armbar against running opponent’s that’ll get even the slickest and fastest of grapplers.

Part two expands on the subjects of attacking from the bottom even more. In fact, it covers a whole bunch of different armbars and armbar variations. It starts off with a triangle to freshen things up. The stuff that follows is different takes on the secondary and inverted armbars, that are truly magical stuff. A double kimura/triangle attack that works off the initial armbar just makes things more difficult for your opponents.

Knockover armbars, far side armbars, and the crazy Americana trap further demonstrate how deep the black magic closed guard system goes. There are even attacking options against the Sao Paolo pass, which is one of the most unstoppable ways of passing. The cherry on the cake is a double armbar, however not before an extremely sneaky back take that’s mesmerizing.

If you like to attack from the closed guard, then this is not the DVD for you. If you like to dominate and tap everyone 100% without effort than the Black Magic Closed Guard Dan Covel DVD is the right choice. This is some next level BJJ and it is applicable to literally everyone. Get on the closed guard wagon early and use this unorthodox approach so that you don’t have to play catch up later on. 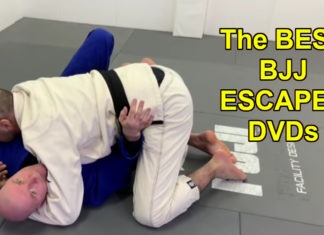 BJJ World - 0
At one point or another in your BJJ journey, you will have to go through a phase where you explore escapes. They might not...